Sitting on the couch a few weeks ago, we were having a little chat about how hungry we were and how mean it was that the best food commercials always come on at night and how every thing we seemed to flick past had people eating donuts. I casually meantioned to my best friend T and and to Danie that I had been wanting to try my hand at making donuts. In fact, I had been compiling recipes for quite some time now but just couldn’t think of a good enough reason to dig out the deep fryer and gain 10 pounds. Keep in mind that I have an 8 month old and have been busting my butt to lose the 65 pounds that I put on while carrying her! Soooo the thought of deep fried delicious donuts at my fingertips was a test of will power that I was not so keen on partaking in.

I should have thought of that before opening my big mouth – Tara pounced on the opportunity to have home-made donuts for her 32nd birthday that just so happend to be around the corner. At this point Danie was pissed off because she had never thought to ask for donuts for her birthday and I was now committed to making her birthday donuts as well. Luckily her/our birthday isn’t until June so I have a bit more time to work on my (sadly) donut-defeated will power before again being faced with what turned out to be some of the yummiest donuts I have ever had. Without further ado, I give you Tara’s Birthday Donuts! 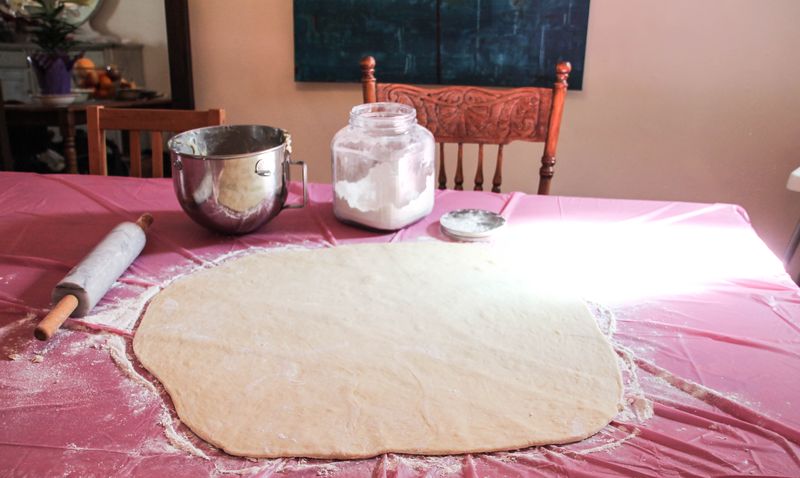 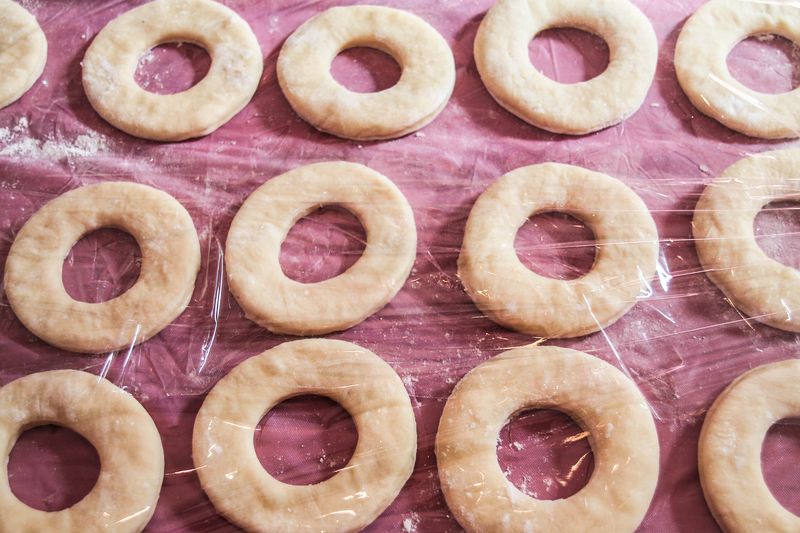 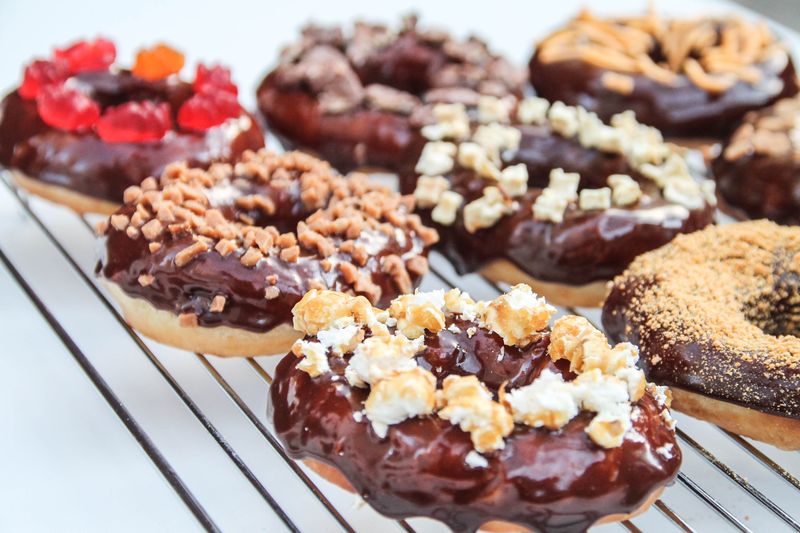 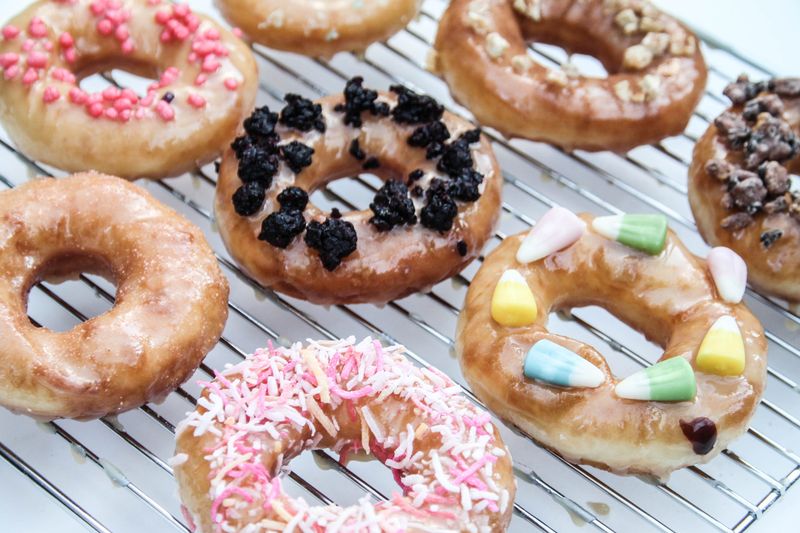 Add the yeast to the warm water – do it in a med glass measuring cup not in a bowl. If you do it in a bowl it is not as easy to see if it has risen.

Scald the milk in your microwave or your stove, let cool.

Using the paddle attachment beat on low for 30 seconds, be sure to scrape the bowl as you go.

Now beat on medium speed for 2 minutes, scraping bowl every once in a while.

Stir in remaining flour until smooth.

Cover with saran wrap or a damp dish towel, let rise, 30-60 minutes, depending on the yeast you used. I let mine rise 60 min and it didn’t rise a ton but I’m sure for some of you it may rise a lot more so keep an eye on it if you don’t want it over flowing.

*Tip- Place the bowl on a warm surface to help the dough rise. I turn my oven on low and set it on top.

Now cut with a floured doughnut cutter.If you don’t have one you can use any circle you do have; the rim of a cup and for the center hole you can use the lid of your oil. I happened to have a bunch of circle cookie cutters so I used a big cutter and then a smaller one for the center. Separate donuts and holes, as they take different frying times.

Carefully place the donuts in the oil.  Cook on each side for about one minute ( you may want a little less or a little more time, test with a scrap of dough or a hole ) Use tongs to flip the donuts and remove them from the oil.

Now place donuts on a cooling rack to drain.

*To make chocolate glaze, melt 4-6 ounces of chocolate along with the butter

I went to the bulk barn and got a ton of fun stuff. Here is the list of toppings I chose:

To go with the chocolate icing-

To go with the vanilla icing-

Have fun, get creative, enjoy!