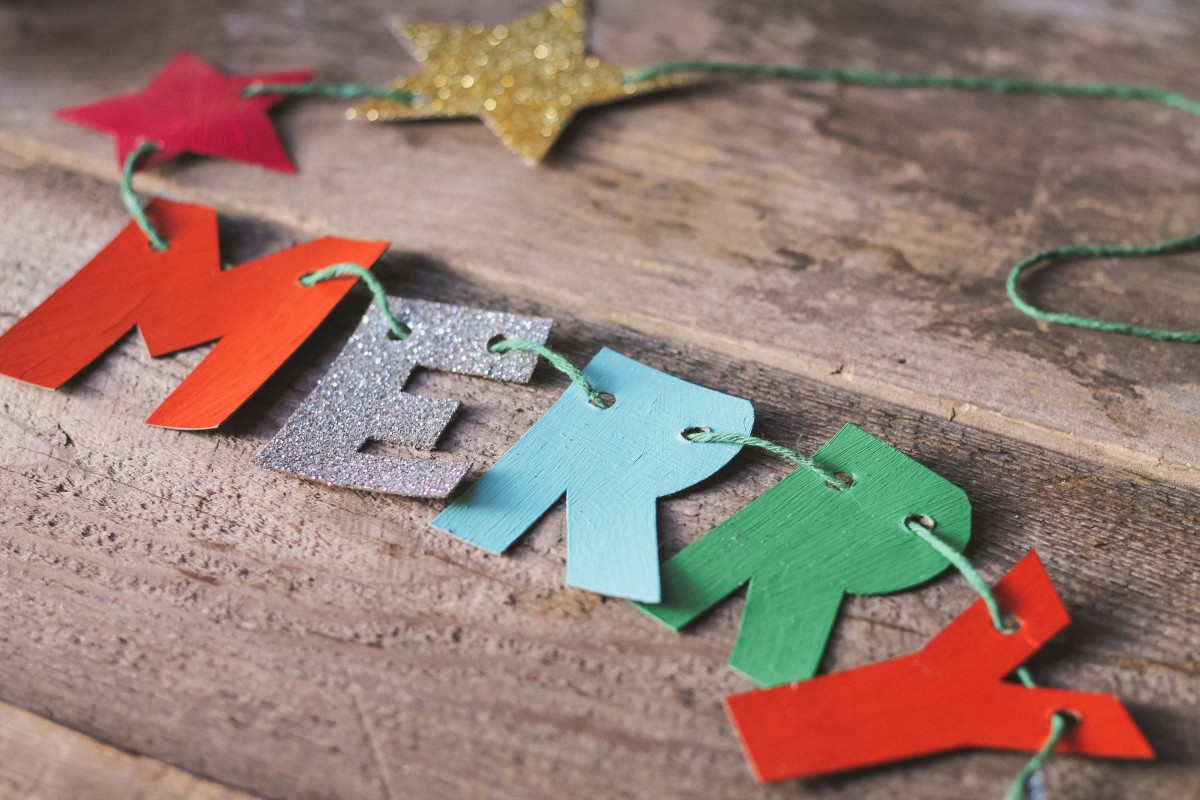 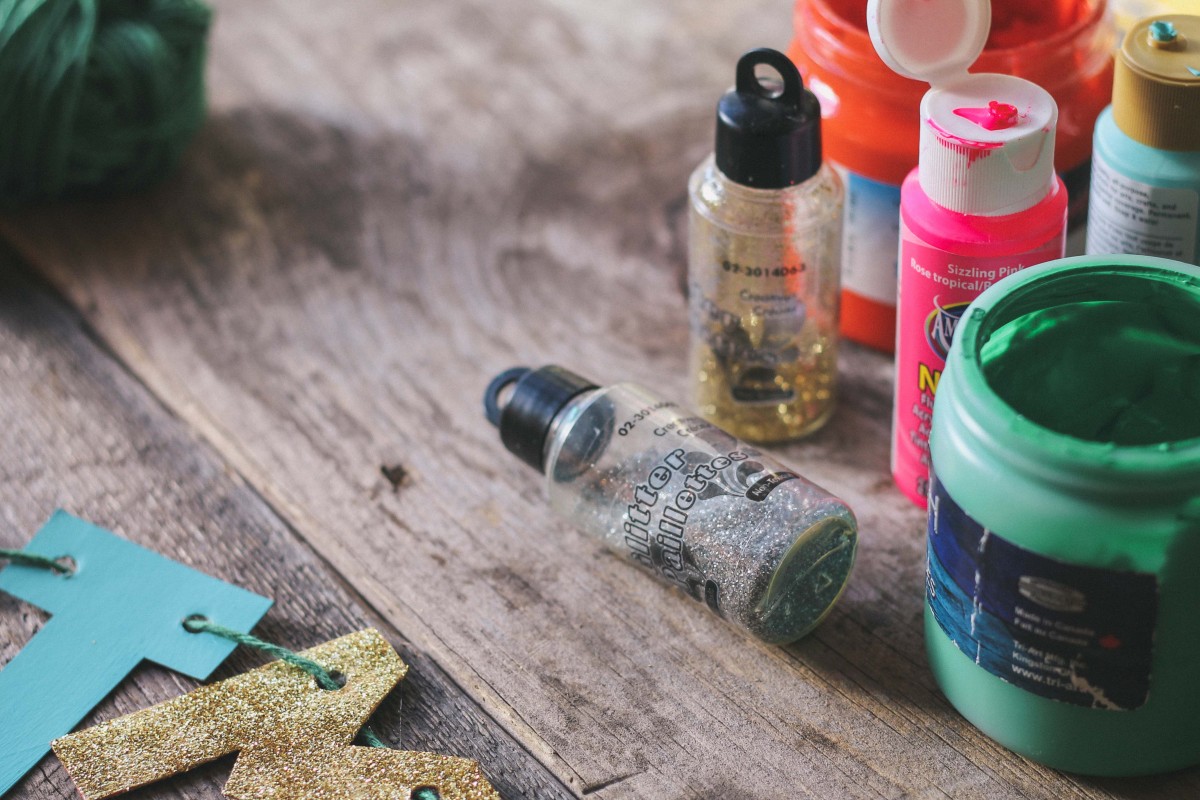 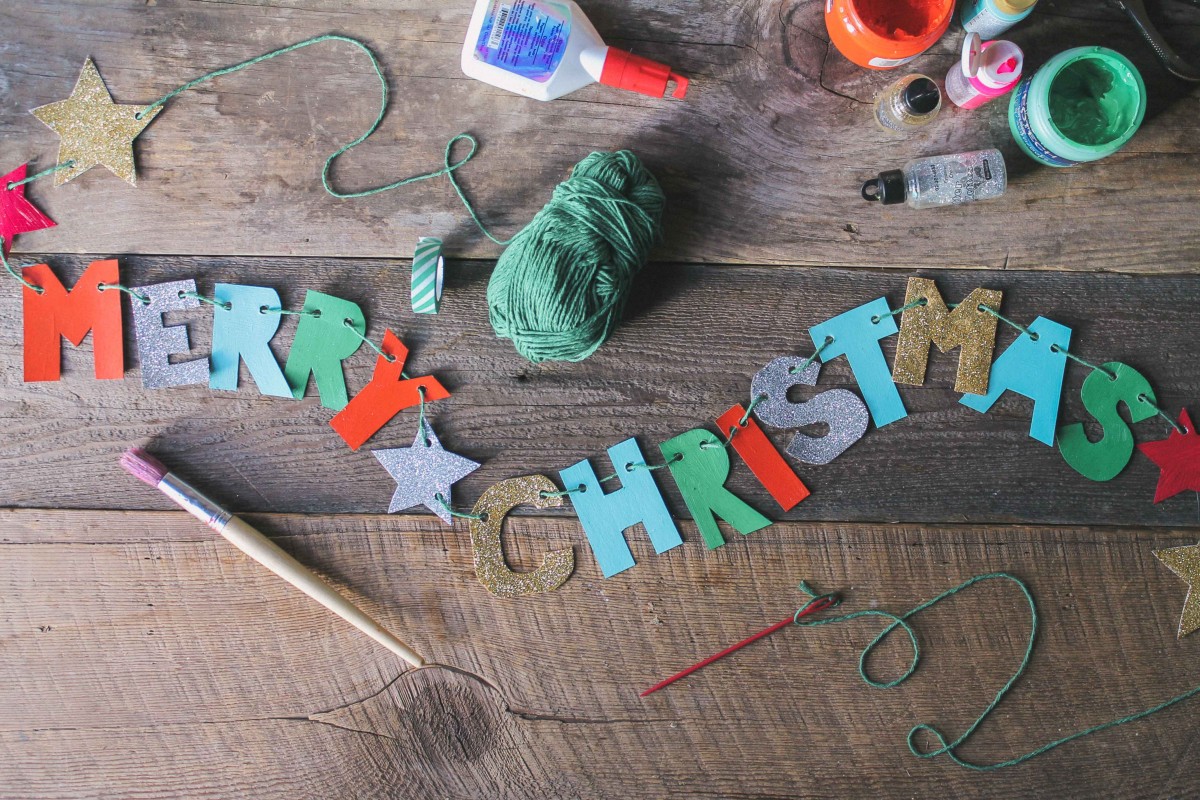 Last week while doing a little Christmas shopping I came across a fun Christmas garland. I tossed it in my basket and continued walking around the shop. As I walked, my head was fighting the decision to “buy” this garland. It was saying “you can totally make this…why not save a little money?” So I removed it from my basket and that was that, I was going to make a Christmas garland. On Monday my Mom came and took Poppy for the day so I could set up the house for Christmas. I had the whole day planned out. Work on the garland. De-clutter all the residual crap that had accumulated in piles all around the house from the week before. Then bring up the Christmas boxes from the basement, dust them off and deck the house! That morning I sat down at the table for breakfast and began making this garland with no thought as to how long it would take…..many hours later this is what I ended up with. I’m thrilled with the final result but not too happy about the fact that my home remains Christmas decoration free (other than this awesome garland) due to the fact that I totally underestimated how long it would take to cut out every letter by hand and then paint them all. For those of you who are thinking about getting crafty and attempting this, I suggest you make it over the course of a few days. Trace and cut the letters one day, maybe while watching your fave Christmas movie? And then the next day you could paint them and on the third day do the hole punching and stringing. Had I done it this way I’m sure I would have been able to enjoy my garland without that trace of time sucking resentment that I inevitably will feel every time I look at it.

That’s it. So go on and make yourself a beautiful homemade garland! Remember, be creative and have fun with it. Happy crafting!