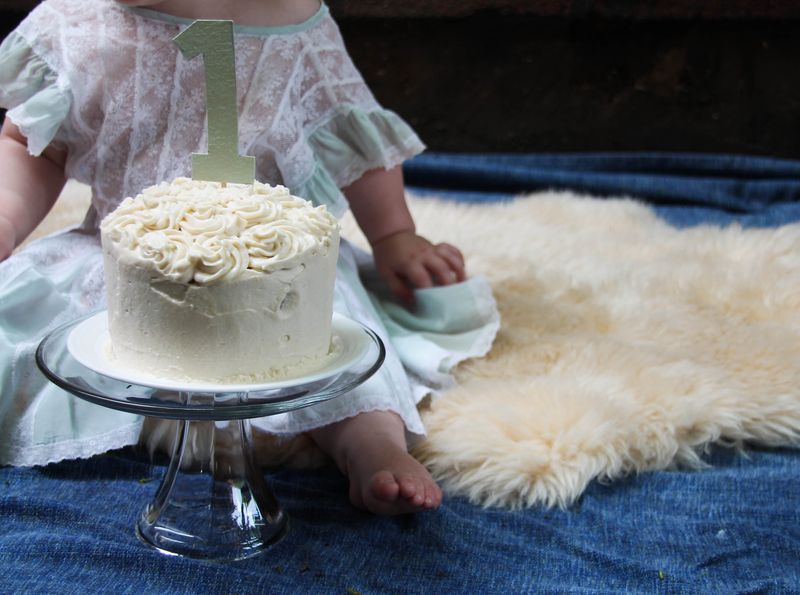 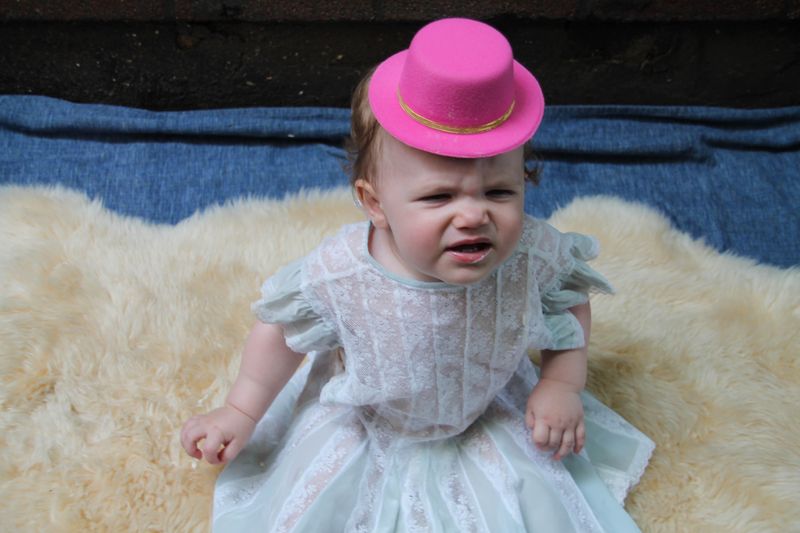 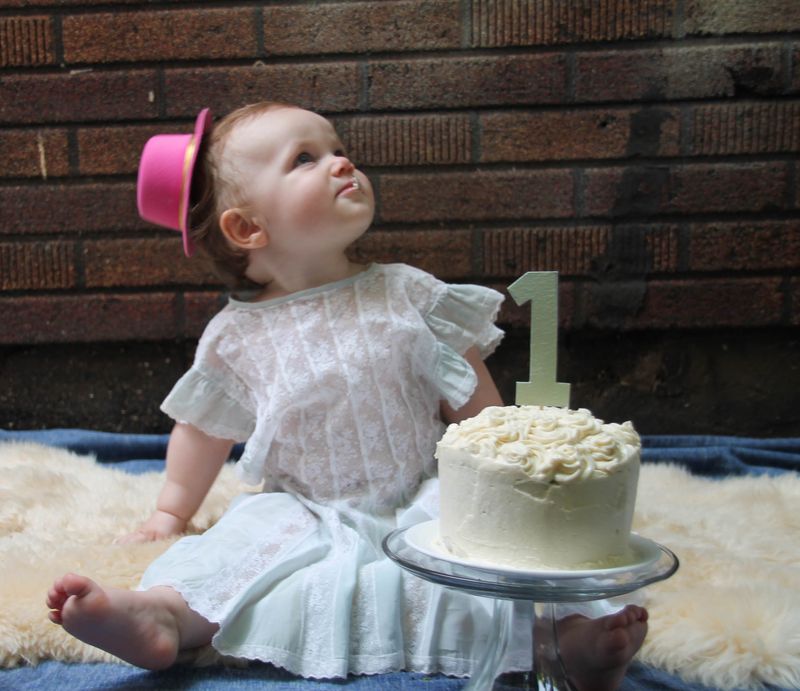 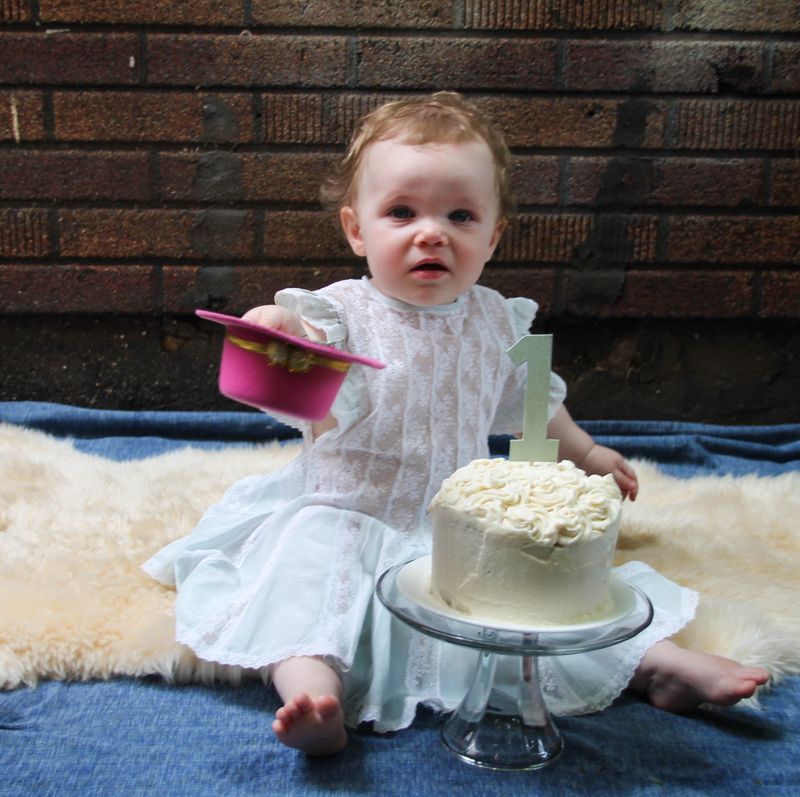 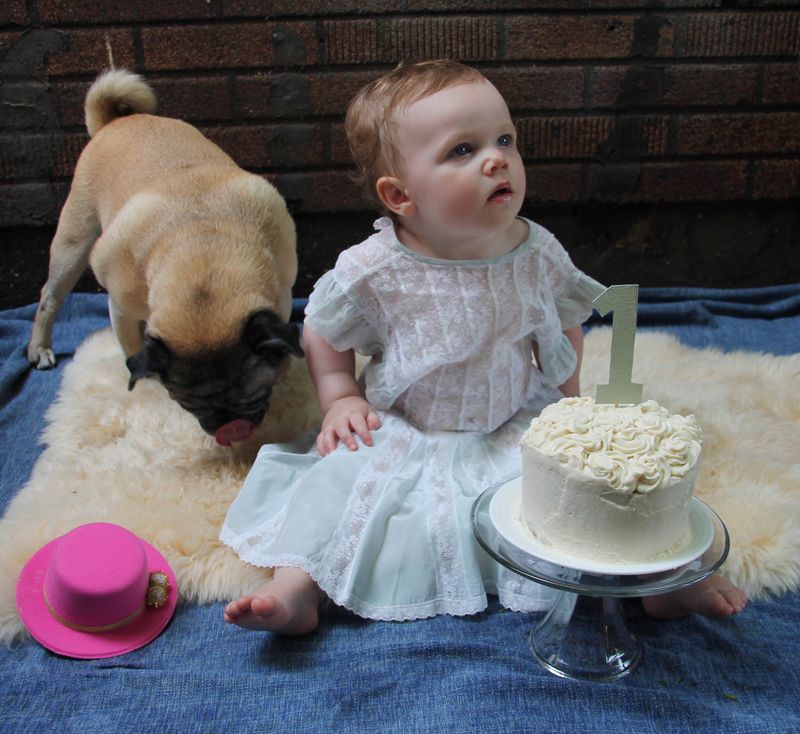 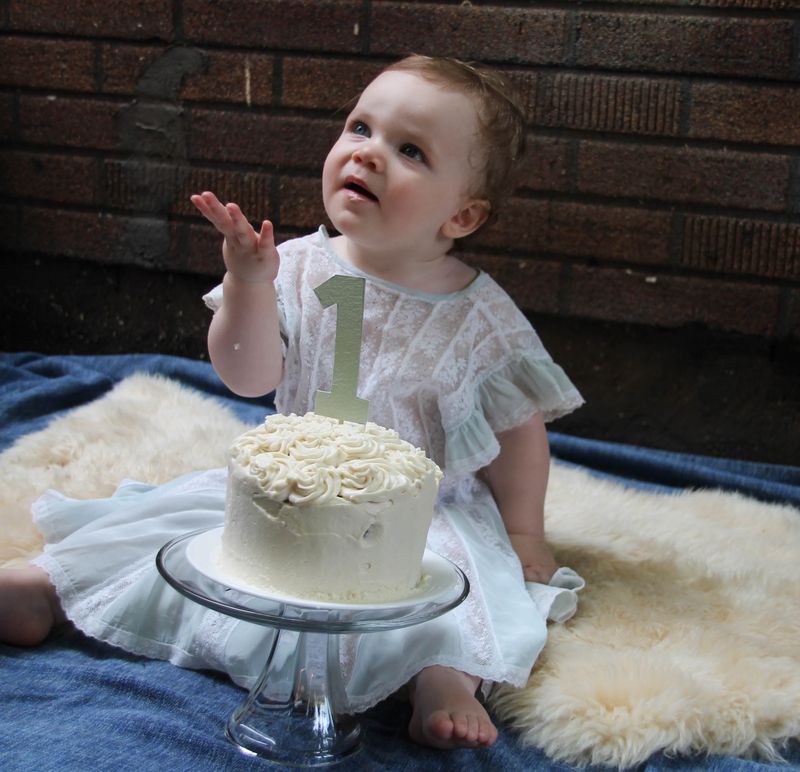 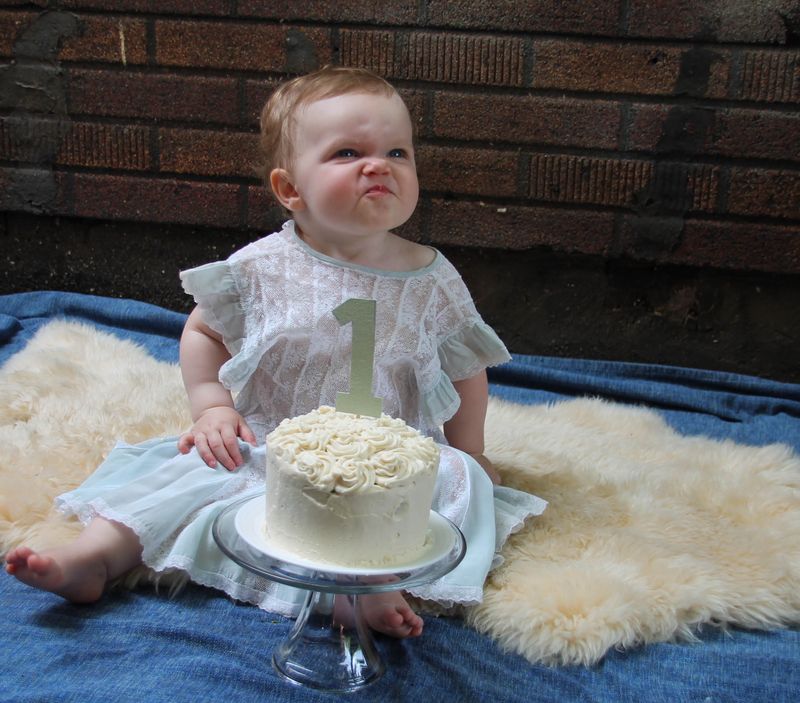 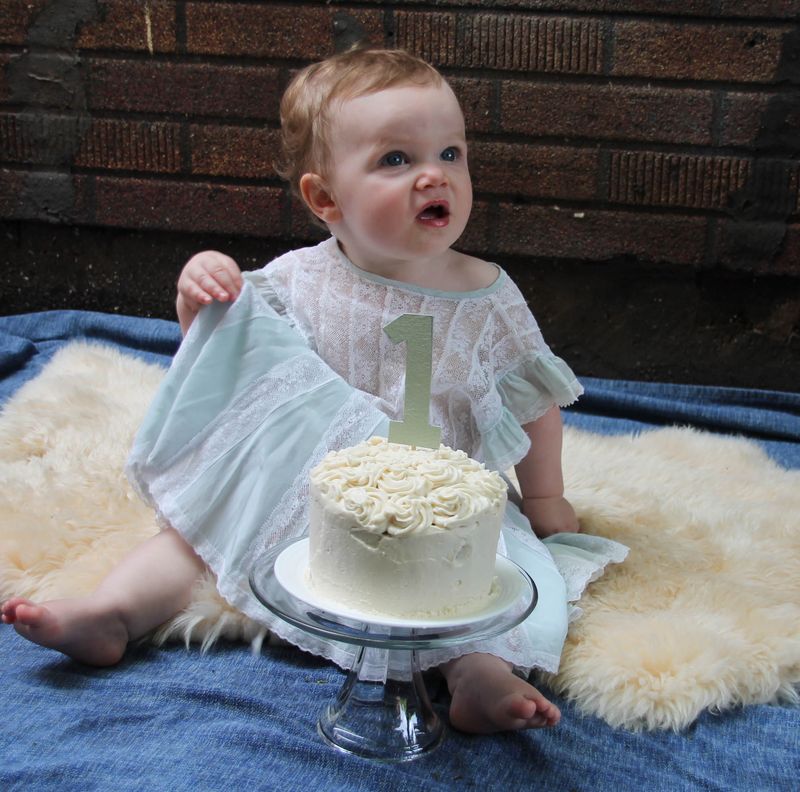 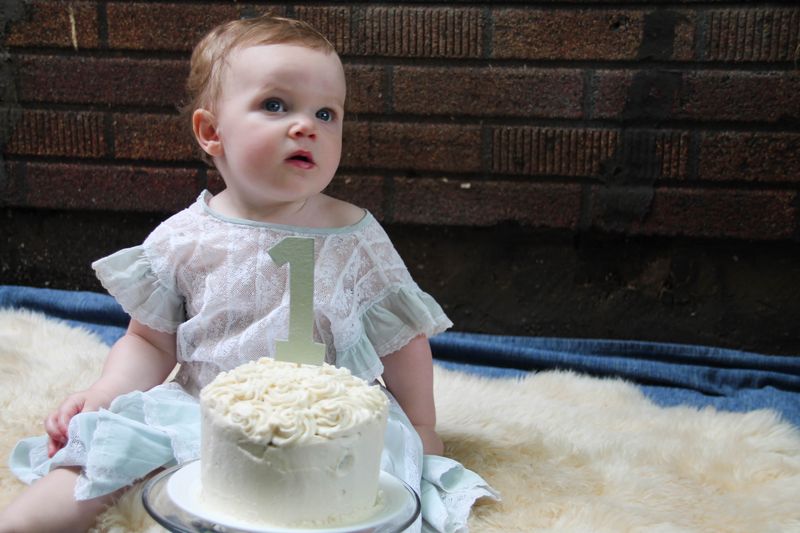 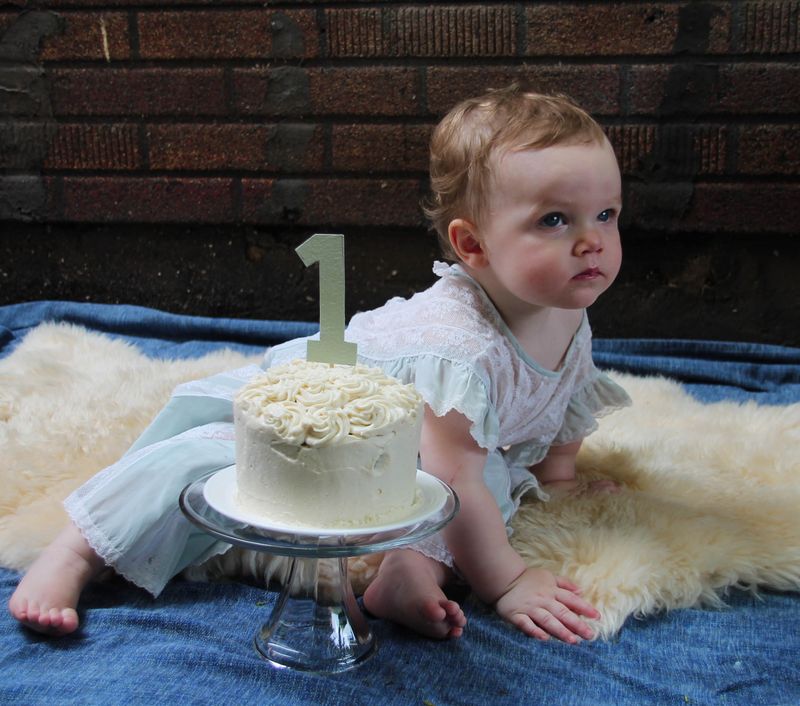 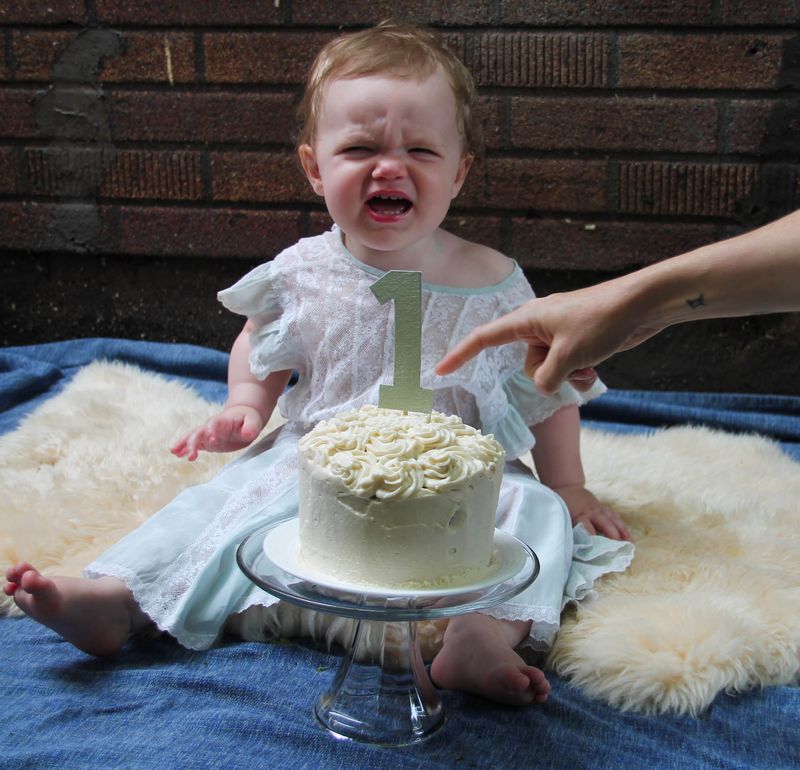 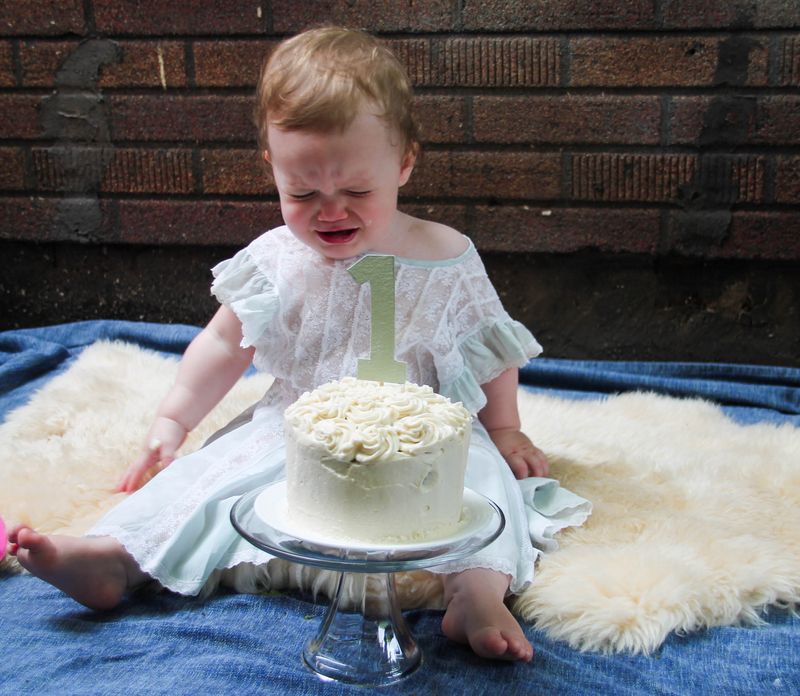 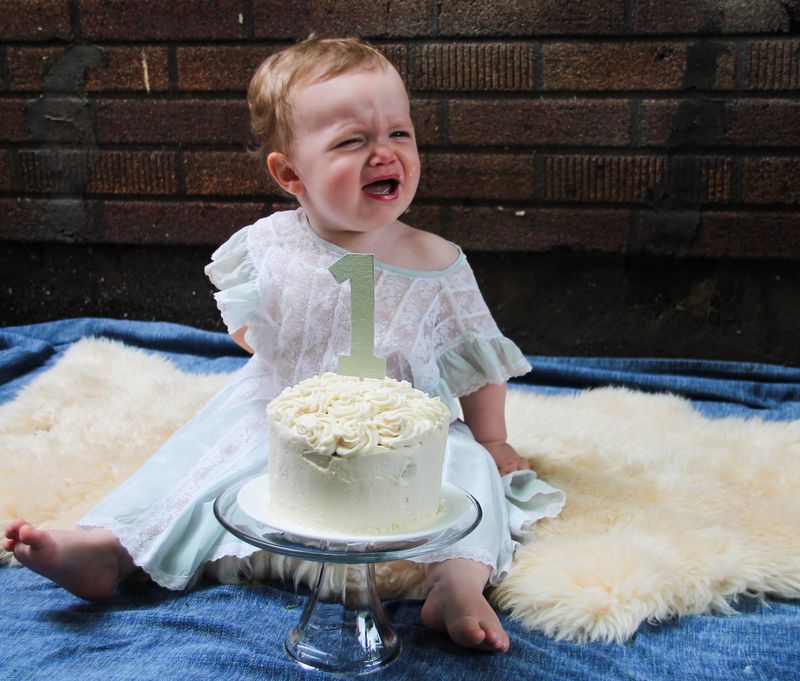 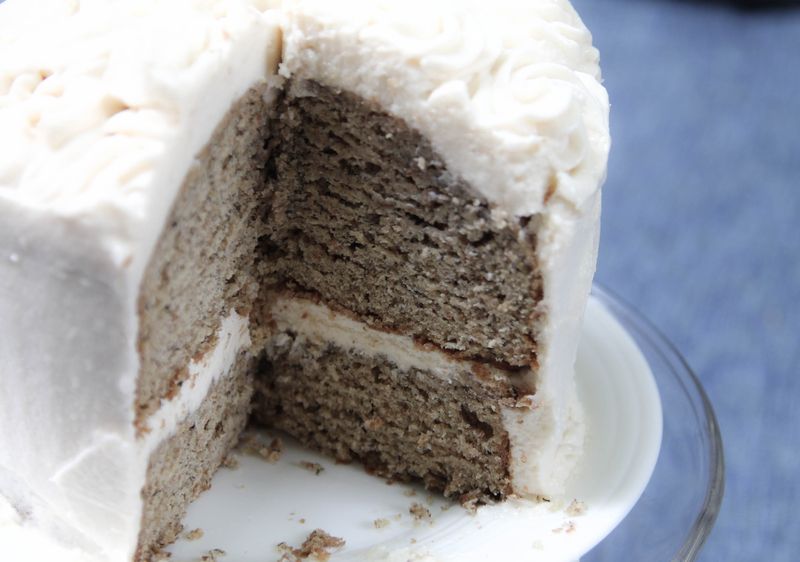 I wanted to make Poppy a mini birthday cake that she would smash to bits and then devour because she loved it soooo much. Because of this I spent a long time searching for the perfect recipe. I wanted it to be healthy but also super yummy. I got a lot of flack from family and friends all of whom shook their heads at me in disapproval: ” it’s her first cake – make it a REAL cake,” they all said. I had a very different take on the subject. I knew for a fact I could make a healthy and delicious cake for Poppy without using a ton of crap. Also if Poppy has never eaten a sugar filled cake before she would never know the difference. I settled on this cake from Hellobee but struggled finding a healthy icing recipe that would be able to hold its form when piped ( I really wanted the cake to be pretty ). After a lot of internal struggling (lol) I decided to make a healthy cake with a regular cream cheese frosting

The party started at 4:30 and as the guests were flooding into our home I stood in the kitchen frantically trying to ice the cake. After spreading on the first bit of icing I tried to change my mind and toss the icing I had made and quickly whip up the healthy icing I had been looking at but my mother quickly talked some sense into me – ” dont be ridiculous, you are not throwing out all of this icing – just ice the cake”. So as our guests began to flow through the kitchen saying their hello’s I frantically iced Poppy’s cake…it was by far the fastest icing job I have ever done and it looked it… kind of defeating the reason I chose the sugary icing in the first place.

In the end non of this mattered. Poppy would not touch the cake. She hated the icing on her fingers and rather than licking the little bits off that we had to put on her fingers, she made mommy and daddy lick it off. It was a win win. No sugar ended up in her tummy and the next day I was able to do a beautiful photo shoot with Poppy and her cake! oh and after the photo shoot was over the grownups got to devour this delicious cake;)

*note:  I really wanted to start a few small but meaningfull/funny birthday traditions. This little pink hat is one of them. This hat is now Poppy’s birthday hat. Every year we will take photos of her in the hat….I’m sure you can see how this is going to become funnier and funnier as she grows. You’re welcome.