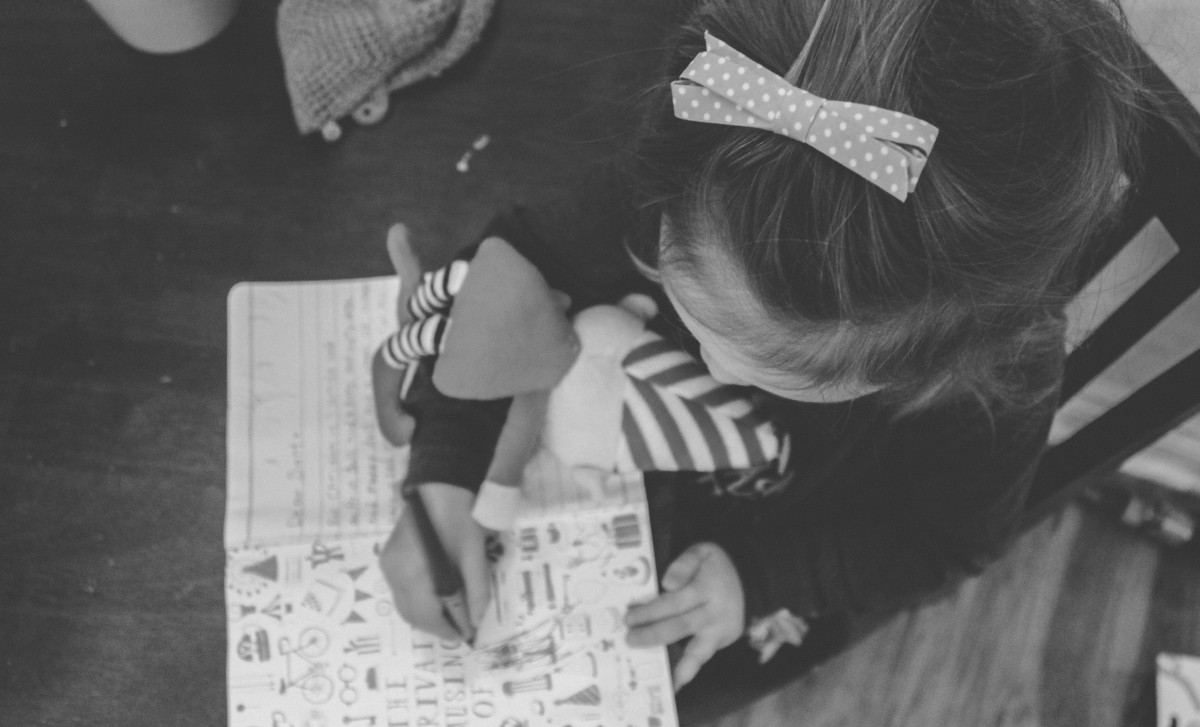 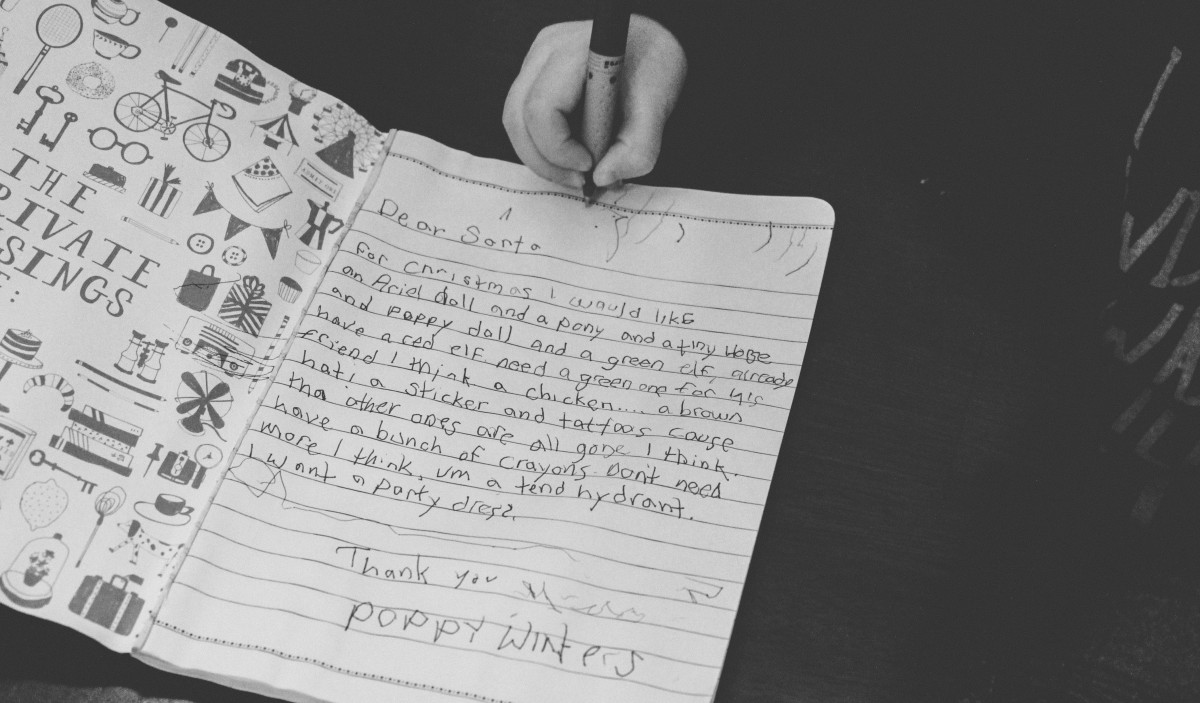 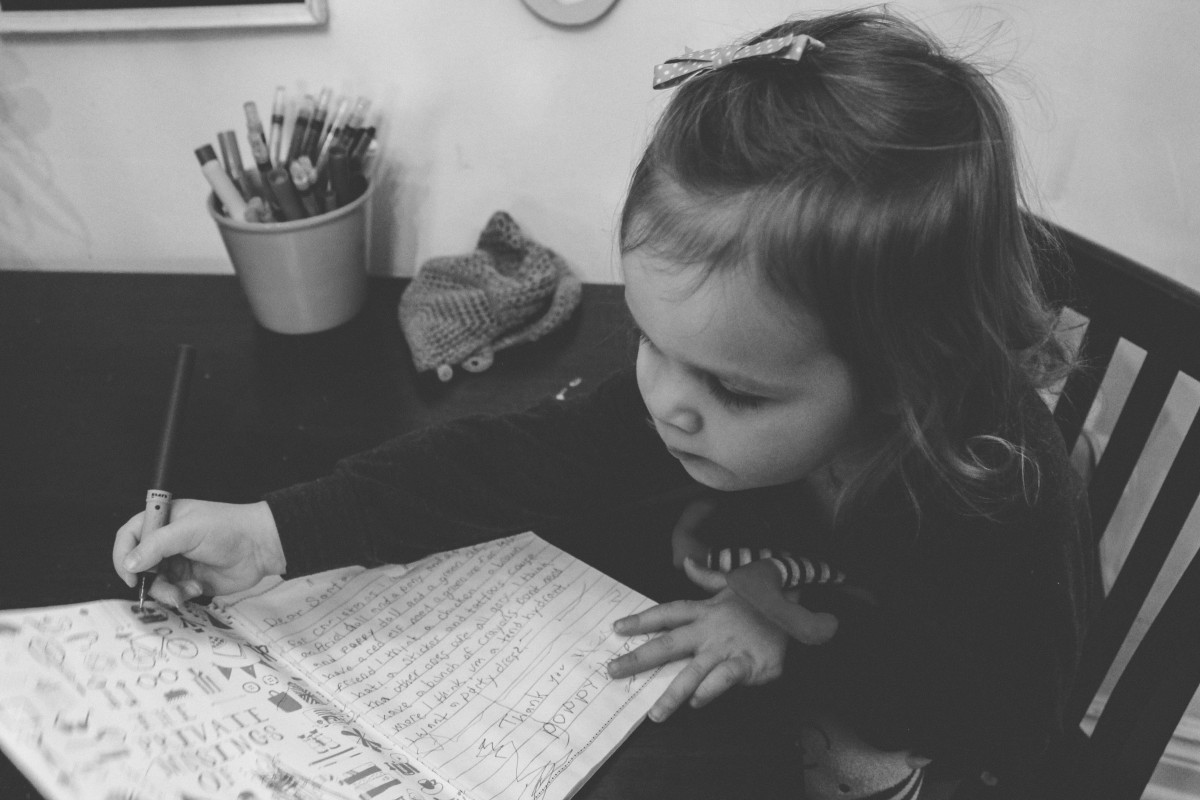 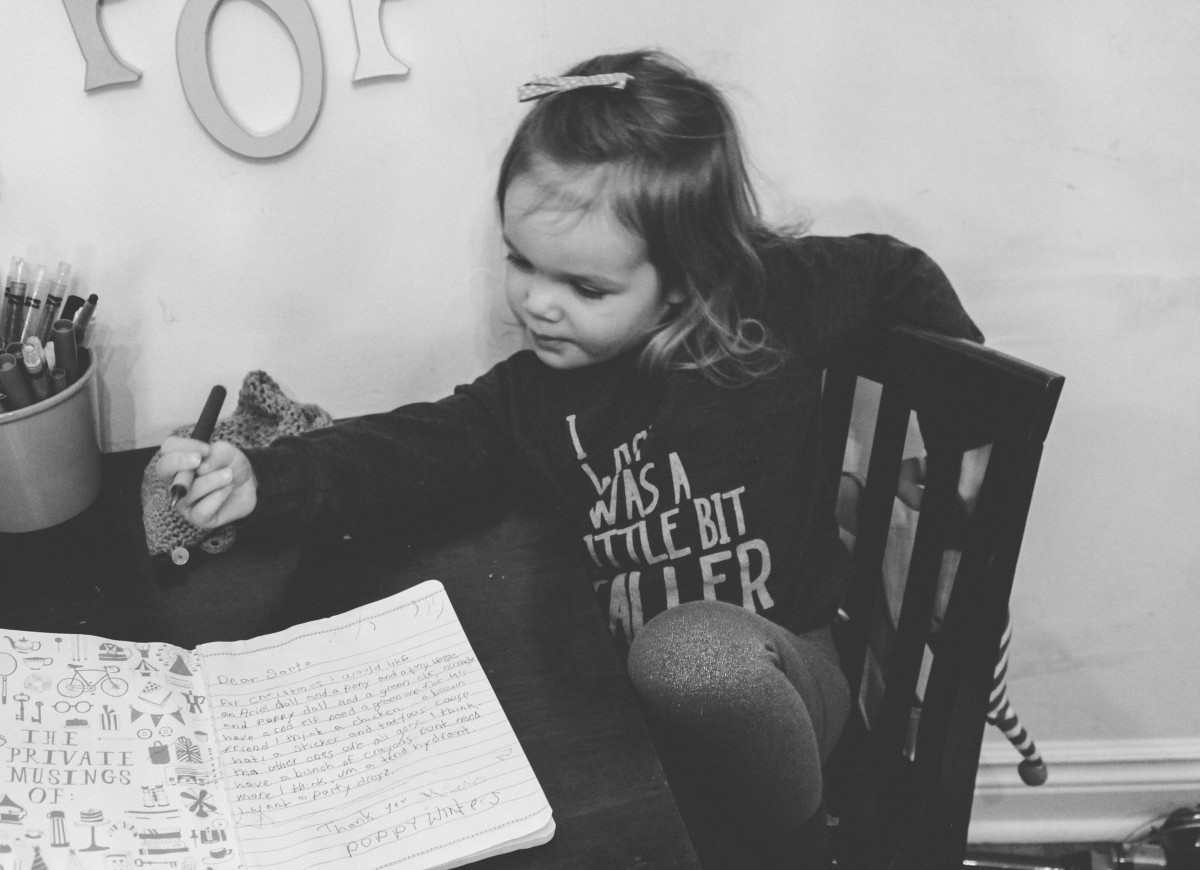 This is Poppy’s first letter to Santa. Minus “Dear Santa, For Christmas I would like an” and ” Thank you, Poppy Winters”, theses are all Poppy’s words and requests. They were not influenced by me, however I did help her write the letter.

For Christmas I would like an Ariel doll and a pony and a tiny horse and Poppy doll and a green elf, already have a red elf need a green one for his friend I think. A chicken….a brown hat! a sticker and tattoos cause the other ones are all gone I think. Have a bunch of crayons, don’t need more I think. Um a tend hydrant (pretend fire hydrant). I WANT A PARTY DRESS.